Have You Ever Imagined Having Your Own ATM Machine?

100% Rule Based Forex System. Trade by the Rules and Always Win

Have you been strugling to make money consistently trading forex? Or do you belong among those that will gain today and lose 3 times of what you gained in one trade?

Have you tried all the so-called EAs, robot and indicators out there, yet no result?

Are you at a confused point, where you don't know whether to quit or thinking there is still hope?

Anyway, before I promise you that I have answers to your questions let me briefly tell you about myself.

My name is Franklin, but popularly known as Mr. Simple. I am the founder of successful companies in Nigeria, Zicept and Global path notion in conjunction with Mr. Ejim

I am one of the recognised financial bloggers in Nigeria, which is naijabizextra.com. So, I have been in the financial world for more than 2 decades.

I hope you might have heard of how I turned $10 to $1000 trading forex in less than 2 years, which I have been invited to so many forex fora to speak.

The first time I know what is forex was in the year 2007. Jeff Emelaba a contributor with a financial newspaper known asfinancial standard and Boason Omofaye of AIT then but now with channels TV organized a very expensive training.

They promised of teaching every attendee how to make atleast $100 daily. Hopes were high but the fact remains they don't even know what forex was all about.

They just got the information and sold it to people like us because both of them had the platform to sell their information.

After the training was a very big struggle to make money trading forex.

If you are so unlucky to know and start trading forex from an information marketer who desn't trade then you are on your way to a quick death. That was exactly my case.

I was doing all these expenses easily because I was told that I can recoup my investment in just one trade.

To fund your account will take you over 1 week because you have to submit your international passport and other documents to a broker in America called Ameritrade. Though, Amritrade no longer exist.

After all these expenses, I borrowed $2000 and fund my account with hope I have made it in life. Even after using all the indicators they gave us, I lost half of the money in 2 days. As if that wasn't enough, Ameritrade frozen all account for Nigerians for no reason and did not refund anybody

If you are a struggling forex trader, you will always see it as  gambling. After you lose you will see what you would have done better. Then you will look for money to trade and recoup your lost money.

The more you keep trying to recoup your money they more you keep losing. If you are the type that have access to loan, the more indebted you will be.

That was exactly my situation, I was indebted to the point I was considering to commit suicide. All hope were lost, frustrated and confused, here comes what looks like good news.

As usual, I wasn't in the business of making money from forex trade alone. I have friends we were struggling together. From no where one of them found an robot that was doing magic.

Unknown to us, it was those Russian programmers programed the platform and was manipulating it as they like. After I paid for it that was the end of my commuinication with them.

They blocked all the means of communication I had with them. In fact, those guys dupped a lot of struggling forex trader like me with that so-called robot.

it was at this point I finally made up my mind to quit before the MESSIAH Appreared.

The messiah was the man called Steve Lin. As I was complaining bitterly in a forum about how unrealistic forex trading is. He asked me 2 simple but odd questions.

The first question was, do I understand the language forex speaks? The second question was, have I ever seen the nakedness of forex before?

These two questions sound funny but searching and getting answer to them was the begining of my success in life.

Mr steve categorically said to me that money is not made on autopilot. He continued that forex is human, as such situation can change at any given time.

He opened my brain to the trick behind robot and expert advisor. He asked me do I think anybody can go out their and sale his secret of making money for peanut?

That is to say that those selling indicators, EAs or robots make money off struglling traders. So, according to him I should go and learn about NAKED trade in forex.

He continued by saying I should go and learn the forex language and come prepared because forex trade is a war.

He recommended some forex trading books for me, which I bought at a very high cost. I read the books severally to understand the language.

Finally, I understood the language but how to communicate became a problem. it was at this point I started a try and error method that gave birth to TREND AGAINST TREND TRADING STRATEGY

It occured to me that since trading forex is like going to war, I should respond fire for fire so that we can go back to the negotiation table. And that really worked for me.

After 7 consistent winnings I took a breath of relief, and perfected the system. Since then, the forex World has been my ATM.

After 6 months of consistent profiting from FX, my friends wanted to know the secret. I reluctantly taught 4 of them this wonderful trading magic.

Finally, after using this system for more than 3 years, and was able to turn $10 to $1000 in less that 2 years, I feel safe and confident to share it out with struggling traders out there 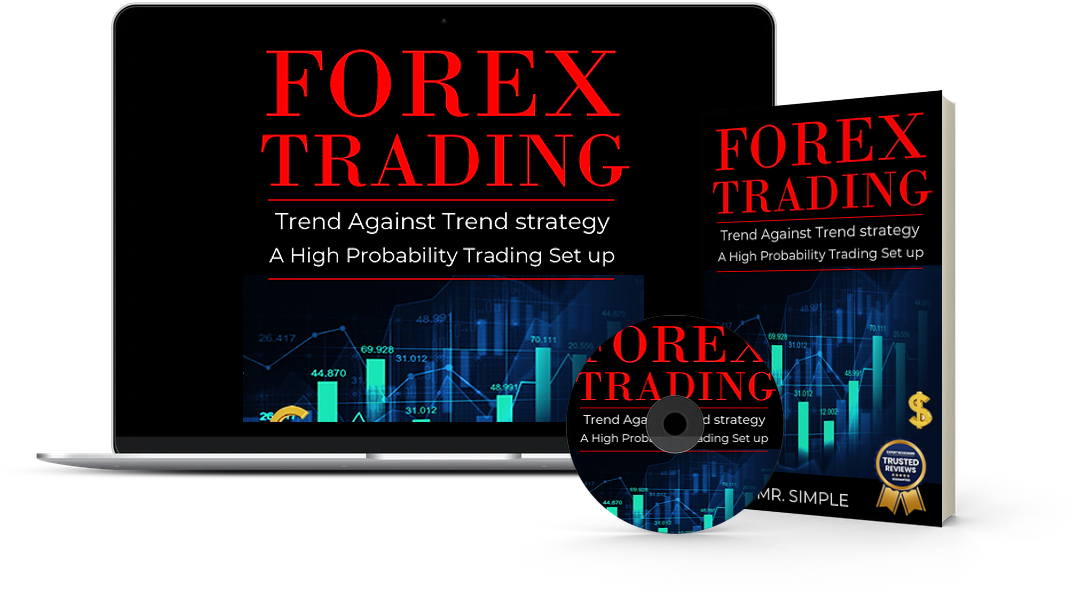 Trend against trend is trading system that solely depends on the language and nakedness of the the forex chart. It is a unique trading system because you will never have anything to do with indicators, robots or EA.

You can simply understand the direction of the market without any stress. After all, you have seen the nakedness of the chart.

How Simple is This Course?

This is a 7 videos series that go straight in revealing the strategy I used in trading $10 to $1000. The first video give explains the 3 reasons traders lose money, which no one is talking about.

The third video discusses extensively the rules you must follow to trade successfully. There are 10 rules that every trader must abide by in order to win the game

The fourth, fifth and sixth videos show a real-time trading strategy that never fails. These are videos where you will understand how to trade trend against trend to make money

The 7th video is where I revealed a special trading code that makes me the highest money without considering any technical or fundamental analysis. That is my free money in the world of forex.

The training is straight to the point. I eliminated every confusing term you might have been battling with.

In fact, no video is up to 10 minutes long, so it will take no time to give you all you need to move from a struggling trader to a successful trader. it is a very simple trading training you will ever see today.

"I have never seen anything like this. After many years of struggling it took me less that 3 hours into this forex trading course to become convinced that I can make a living trading forex"

"I could not afford $120 so I registered with one of his recommended brokers and paid just $70. And that was so great for me. I had the idea of what he revealed in the course. But I never knew there were more to it. Finally, forex is a won battle for me. Thank you for your generosity "

"This forex trading course is a gift to whoever that is lucky to have it. now I understand why I must not trade with stop loss. You are an amazing teacher. I will always keep in touch "

More Benefits of this Training ...

Does this System Work? 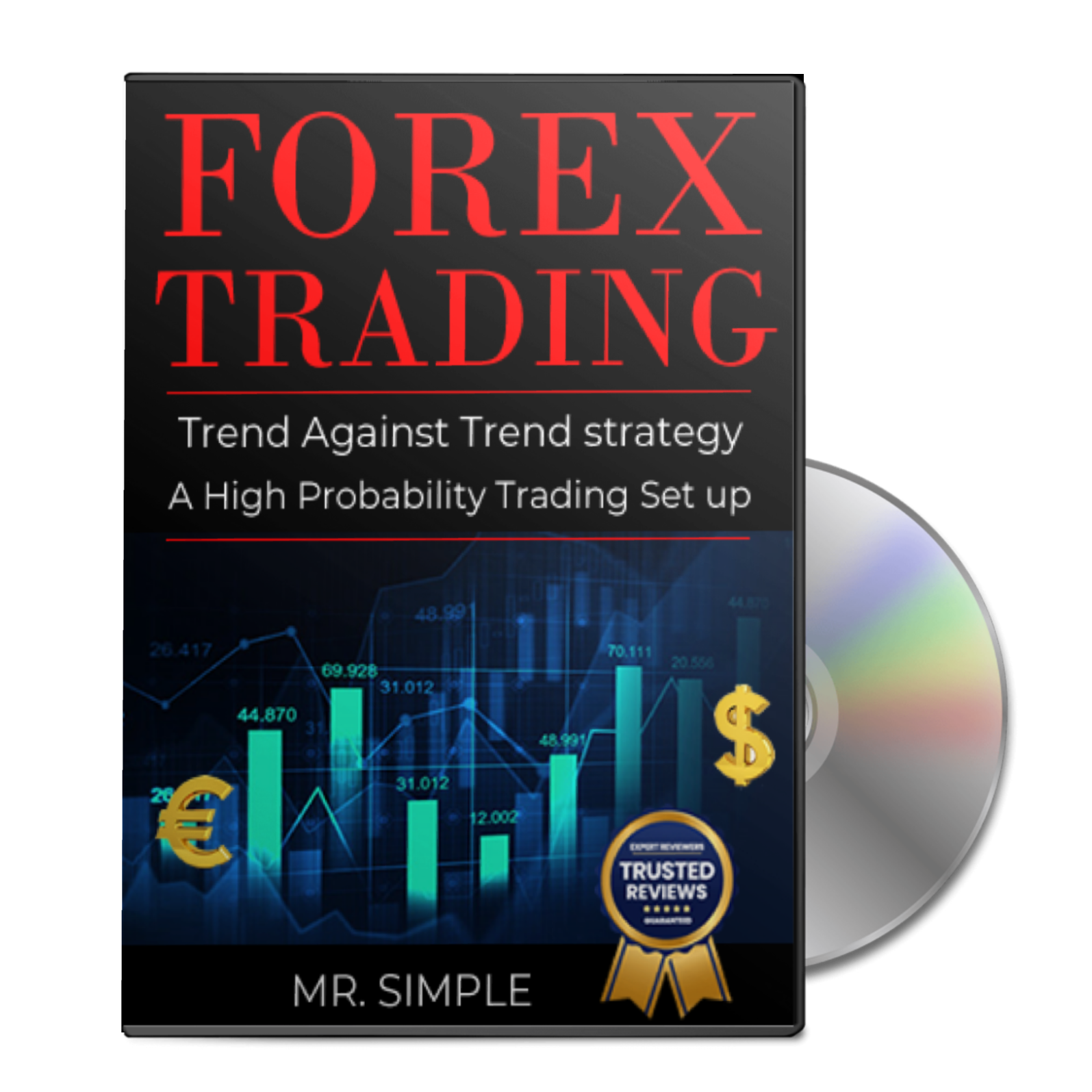 I am not a fan of proof because anybody can get a proof somewhere to get you deceived. I have been decieved severally with fake results, therefore I no longer accept it when considering buying online.

Forex proof is not a guarantee that the sysytem works. So, why should you buy this wonderful strategy? The answer is simple, you have 360 days money-back guarantee.

I am guaranteeing 360 days because I know it is not a get rich quick program you are going for. So, you need to take your time to get over the whole processes.

I have used this system for years, so I can beat my chess and offer one full year guarantee. That means you have to start making money from today or you get you little investment back.

Nonetheless, below is the summary of my own personal trading account.

My special bonus to you is that you will always have one on one with me at any given time. I am an active forex trader, therefore, we will always work together from the day I confirm your membership.

How Much Does This Training Cost

If I was to sell this product according to its value it must not go for anything less N700,000. But my goal is not to make money from it. I make money trading forex, and much money from blogging.

Rather I just want every serious trader that have been struggling to make money from forex to have a different feeling by using this system that has never disappointed.

After the payment, send your payment details and your email address to fxguts@gmail.com. The complete video training will be delivered to you once your payment is confirmed.

What is my Money Guarantee?

To an average Nigerian, 50k is a big money, and to struggling traders, it is what what they lose in a twinkling of an eye. In fact, they lose more than that over and over just because they don't have the right skill to trade successfully.

To be candid, I am not suppose to promise money back guarantee because my aim is to get those traders that will do all it takes to master this trading skill than thinking of asking of a refund.

Nonetheless, you can still enjoy my 360 days money-back guarantee. Yes, if after 1 year, you did not become a happy trader, just get back to me with complete evidence where the system failed you. and you will be refunded.

Just remember that from the day you have access to this course, we have become trading partners. You can always reach me on fxguts@gmail.com

This is the bottom slider area. You can edit this text and also insert any element here. This is a good place if you want to put an opt-in form or a scarcity countdown.